Drug stability reporting has been a major area of interest for Cognition as of late. To get a better understanding the current environment, we coordinated our Summer Internship Program around this topic. Led by our interns Olivia O'Brien and Brigitte Cronin, this effort has yielded a vast amount of important and intriguing insights about the current state of drug stability reporting in pharmaceutical industries. Here are a few of those insights and what they can tell us about this vital aspect of pharmaceutical compliance.

When looking into the pharmaceutical industry, your first thought usually isn’t about the chemical composition or degradation of the drugs. More often than not, it is about the cost of the product or worth of the company that is creating it. However, this summer Cognition Corporation has been digging deeper into an important aspect of the industry that is usually overlooked by non-industry professionals. 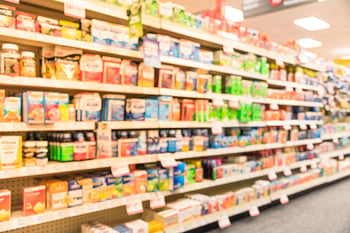 Throughout the development of a new drug, tests must be conducted to determine the point of time at which the drug loses its chemical, therapeutic, and physical properties and is no longer stable for consumption. An unstable drug is an umbrella term for changes that result in slight decomposition of any properties of the drug. This includes physical appearance, delivery method, taste, as well as chemical composition. This does not mean your Claritin bottle is undergoing a radioactive decay.

These minute changes in the stability of drugs come from the results of hyper specific tests, which in turn came from weeks, months, and years of testing and thousands of data points. These data points are then whittled down into dynamic data tables and placed within Module 3 of the Common Technical Document (CTD); this has been the focal point of Cognition’s research for the past three months. 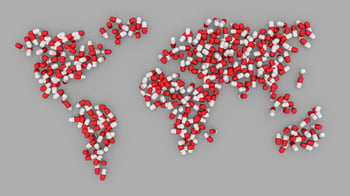 It comes as no surprise that the multibillion-dollar pharmaceutical industry is growing exponentially. As of January 2019, there were more than 4,000 global pharmaceutical companies, with more than 2,000 headquartered within the United States. These global companies have more than 16,000 drugs within the R&D pipeline (Pharma Intelligence 2019, 12-13, 3). Each one of these thousands of drugs must go through stability testing (among other tests for safety and efficacy) before they are approved and marketed.

Our research population included these pharmaceutical companies while also branching out to other players within the industry; we wanted to know their approaches to stability testing and issues they’ve found with getting consistent results. We interviewed pharmaceutical companies of all sizes, university officials, chemistry, manufacturing, and controls (CMC) consultants, contract research organizations (CROs), contract manufacturing organizations (CMOs), and employees of the FDA. While we began with university officials in hopes that they would be knowledgeable and forthcoming, most did not seem to have the specific expertise we were looking for.

We then moved to pharmaceutical companies. For this part of our research, we used our own parameters to decide if a pharmaceutical company was small, medium, or large. We took into account the number of employees, number of drugs in the pipeline, and their annual revenue. Generally speaking, if a company had one drug in their pipeline and under $1 million in revenue, we classified them as small. We determined that companies which had multiple drugs throughout the pipeline and had a revenue of over $1 billion were considered large. Any company falling between was considered medium. The smaller pharmaceutical companies consistently revealed that they are not thoroughly involved with drug stability. While it is true that preclinical modules have a short stability section, the small companies were usually bought by the large companies before they truly began in-depth stability testing found within Module 3. Smaller pharmaceutical companies are generally involved in early-stage development which contains very little CMC data.

After interviewing some employees from several different medium-sized companies, it is safe to say that mid-sized pharmaceutical companies are an important aspect of the industry. These companies are focused on obtaining a competitive edge, meaning they are trying to accelerate their growth while reducing expenses. Medium-sized companies are often overlooked; however, they were responsible for about 40% of the 59 approved drugs in the United States in 2018 (FDA, Novel Drug Approvals for 2018).

Before our research began, we assumed that large pharmaceutical companies were responsible for the majority of stability testing and therefore the majority of stability report creation. Our assumptions were confirmed through our research. Large companies are heavily involved with data table generation and are the backbone of the industry, driving trends and defining industry-wide standards. In 2018, the top 10 largest companies held 7% of the R&D pipeline (Pharma Intelligence 2018, 22). However, these companies were responsible for about 50% of the 59 drugs approved in the United States (FDA 2018). Again, this reaffirmed our theories that large companies acquire start-ups before they reach the clinical stage. 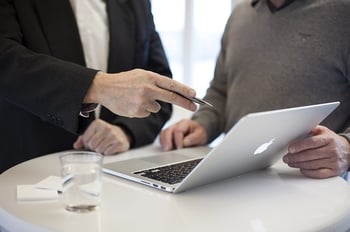 As we continued our conversations with the pharmaceutical companies, many recommended that we reach out to contract research organizations and contract manufacturing organizations. Many medium-sized pharmaceutical companies outsource their stability testing to these CROs and CMOs. While the CROs and CMOs have the capability of data table generation and data cleansing, it is up to the sponsor company to determine whether or not the data is returned clean or raw.

We then turned our attention to the CMC consultants. We learned that about 40% of stability reports are created by consultants, while the remaining 60% of the reports are created in-house by the pharmaceutical companies. On average, it takes about one to two months to create Module 3 in its entirety and about one week to create the stability report tables. Both report types involved many individuals in different roles. CMC consultants specialize in writing the prose found in the stability report. However, on the rare occasions that they are asked to generate the data tables, it is all done manually. The labor-intensive entry by hand of the data leads to typographical and other errors that cause unforeseen delays. These delays can last weeks if a company uses workflow-specific platforms. If a company does not use such a platform, delays can be months long. Without software to create structured documents, the document creation, aggregation, and transportation is not streamlined and reports can be overlooked and caught up in inboxes and multiple loops of rework.

For clarification, entry by hand encompasses a variety of different situations. These include: physically typing in numbers into a spreadsheet, manually formatting an electronic document, and copying and pasting data from the repository (LIMS) to the report table. In most cases it was the latter. In our research, we define entry by hand as any non-automated process of data manipulation. Because there is no predefined platform that standardizes the data (numbers, significant figures, greater-than, less-than, etc.), it is the responsibility of the sponsor company to review each data point and ensure that there are no errors found within the tables.

Throughout the industry, there is no single platform that is used by all for structured data table creation. We estimate that 60% of CROs and CMOs use LIMS to store and cleanse data, while 40% use either Excel or their own data repository. For pharmaceutical companies who test and create reports in-house, we estimate that the majority of companies use either their own Excel-like software or a commercial LIMS software. Additionally, even though CROs, CMOs, and CMC consultants have the capability to return data and prose back as a pdf, often sponsor companies prefer Word documents. This is to ensure that the sponsor company can make any changes to certify accurate reporting, without changing the actual data within the report. And the reports ultimately must be accurate so that patients can trust the expiration dates that come from stability testing. 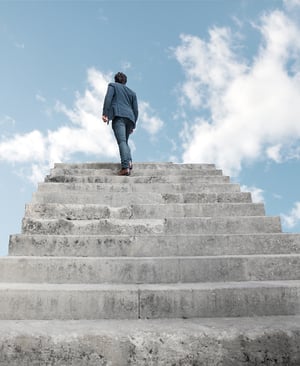 The pharmaceutical industry is always on the forefront of technology. Although this industry is undeniably successful, there are still areas that can be modernized. Our research illuminated issues that have been overlooked due to more pressing priorities. We think that these greater priorities such as developing new drugs and determining fair distribution would overall benefit from modernizing the creation of data tables and ultimately reports. By implementing automated table generation of structured data and structured documents, pharmaceutical companies would be more cost-efficient and time effective. Companies would also be more prepared for the upcoming FDA KASA initiative which will mandate digitalization and e-filing. Companies that institute automated table generation now will gain a competitive edge against those who continue with hand entry.